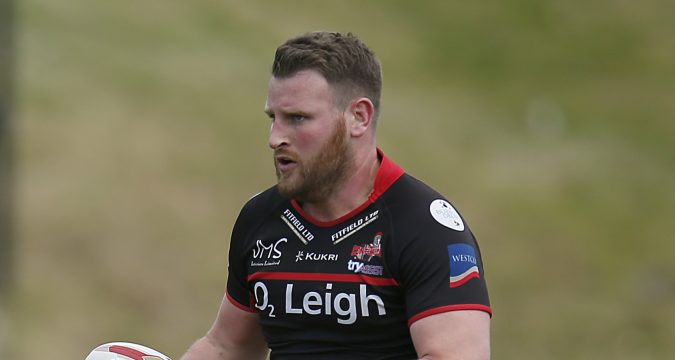 Sam Barlow has been spared jail after admitting a charge of common assault.

Barlow, a Scotland international, has been ordered to do 150 hours’ unpaid work by a judge at Bradford Crown Court following an incident involving Mark Dean, who feared he was going to be punched by the former Leigh and Halifax player.

The court heard that Barlow clenched his fist and drew back his arm, stood over Mr Dean and then blocked his way as he attempted to leave his home.

Barlow admitted to the charge on July 31 of last year at an earlier hearing. He is currently serving a four-year ban for not participating in a random drugs test when Mr Dean arrived at his house.

Judge Jonathan Rose told Barlow: “Perhaps at no time more than this Olympic year has the public been more aware of incidents of doping in sports and the vital role of UK Anti-Doping in ensuring athletes are clean.

“Your behaviour towards Mr Dean was wholly unacceptable and wholly uncalled for.

“He was courteous and polite, you met him with aggression and abuse.

“And you will understand now how much more fearful Mr Dean would be, seeing you behave in this way, because of your build and your size and his knowledge your chosen sport was rugby league.

“In his statement he describes your aggression and menace and he believed you were about to punch him. “You have brought shame upon yourself and upon Leigh Rugby League Club.”

“To send you to prison on top of that punishment would be, in the view of this court, harsh and unjust.”