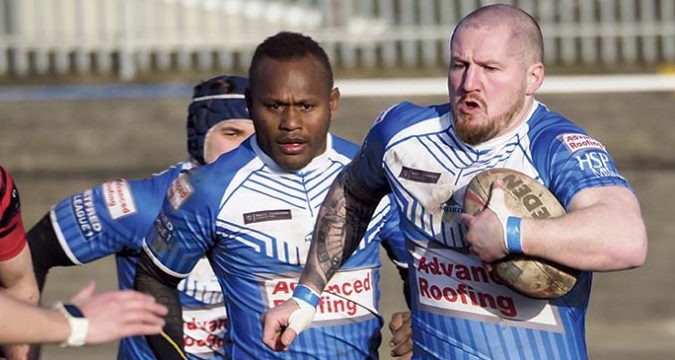 Barrow Raiders Chairman Steve Neale has admitted the decision to hand out free season tickets to all schoolchildren in South Cumbria is a calculated risk, but one he believes could pay huge dividends for both the club and the game as a whole.
Neale announced the move last week, along with other initiatives to grow the Raiders’ crowds at the Matt Johnson Prestige Stadium. These include a £5 hot food voucher for adults bringing two children to the game and free entry for adults bringing a group of ten or more children to the game.
The club also hopes to make game days full of entertainment, with curtain raisers before every game, and with anyone arriving ahead of the event’s opening match gaining free entry for the whole afternoon.
“We put a development plan together for 2020 and the key focus of that was growing the crowds and the game,” Neale told League Express.
“We were determined that, after the relegation, we were not going to accept the usual fall off of 300-400 fans just because we are in a lower division and away teams bring fewer fans.
“For a year or two we have been aware that our crowd is an ageing crowd, so we have been very proactive and targeted youngsters to change that.
“We let kids go free last year and, while the take up of that was good, it wasn’t fantastic. But this year every child in the area now has a season ticket in their hands.
“We were also aware that someone needed to bring them, so there are some offers there too.
“We just want Barrow to be an exciting place to come and watch rugby.
“It’s a calculated gamble. Obviously if we start letting people in for free before curtain raisers then it’s a risk, but if they are then staying in the ground for four or five hours, the chances are they will buy some food and a drink.
“There is also RFL funding based on the size of your crowd. We were around seventh last season, but if we can get up to the top five of attendances that’s where the money is.
“Whilst we might take a short-term hit on admission fees, long-term we might get more money from the RFL and short term we should get more food and drink sales and sponsorship income for the club.
“We’ve had a great response so far, so hopefully that will be seen on game day, and if it doesn’t work we’ll try something else.”