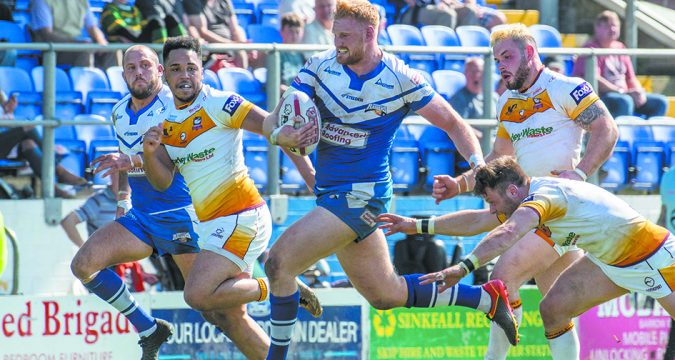 Barrow Raiders coach Paul Crarey has reiterated the club’s stance on sought-after prop Joe Bullock – saying they will only listen to formal offers at the end of the season.

Wigan Warriors have been strongly linked with a move for the forward, although Crarey hit back.

Speaking on this week’s edition of TotalRL.com Back Chat, when he was a guest, Crarey said: “We’ve had word that he’s been approached, probably illegally, and a big club has met him at a service station.

“He’s contracted to 2019 with an option to 2020. It’s probably unsettled him for a while, and we’ve now settled him down because we’re paying his wages.

“At the end of the year if clubs want to speak to us about him then we’re open to negotiations, but there will be a fee involved because we’ve done the work with him.

“He’s been at Wigan and he’s been at Leigh. They pushed him on and we picked him up three years ago and he’s done really well.”