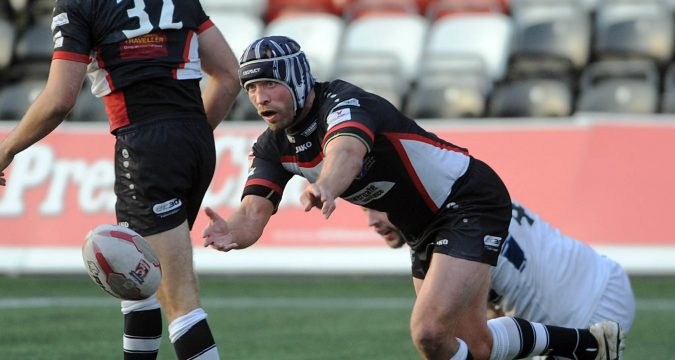 Derek Beaumont has responded to comments made by London head coach Andrew Henderson about changes to the salary cap.

Henderson admitted he was frustrated by the rule changes to accommodate certain clubs, seemingly implying to Leigh following their recent signings of Rangi Chase and Willie Tonga.

However that has frustrated Beaumont, who insists the club have done nothing wrong.

“I was disappointed to read the reaction to the salary cap change by the London coach Andrew Henderson who seemed to believe it had been implemented for the benefit of Leigh,” Beaumont told The Leigh Observer.

“He felt that it was too late to do anything with it at that point.

“I was surprised by this as it was communicated to all Championship clubs a month ago on the November 6 so perhaps his club didn’t make him aware as it wasn’t something they wanted to take advantage of.

“At the end of the day it is all well and good the cap being opened up but the money needs to exist to utilise it.

“It is no good moaning about what Leigh are doing because the opportunity exists for all and he has a wealthy owner who has pumped significant sums into the game and has shown extreme commitment staying full- time in the Championship – in particular next season having seen central funding slashed from £1.8 million to £200k in the space of two seasons.

“Perhaps if he gets his team into the middle eights his owner will be more motivated to take advantage of the new rules on offer.”