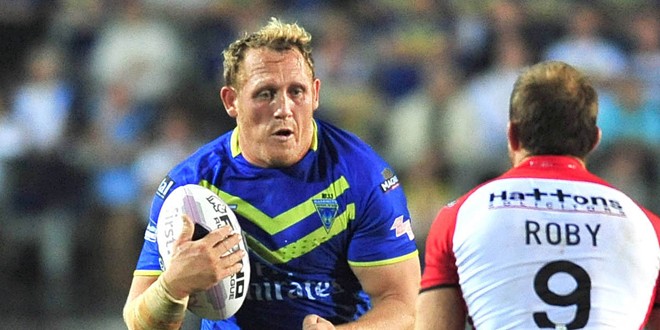 Ben Westwood of Warrington Wolves has been banned for two matches for making a Grade B shoulder strike on Castleford Tigers player Luke Gale in the 4th minute of the First Utility Super League Round 23 match played on Sunday July 26.

Westwood, who pleaded not guilty, was also fined £300 – and he will now miss Warrington’s semi-final against Hull KR this weekend as well as the first game of the Super 8s.

The following players have been suspended after submitting Early Guilty Pleas:

Benjamin Garcia (Catalans Dragons) – loses right to submit an EGP for next 12 months for a Grade A dangerous throw v Leeds Rhinos.