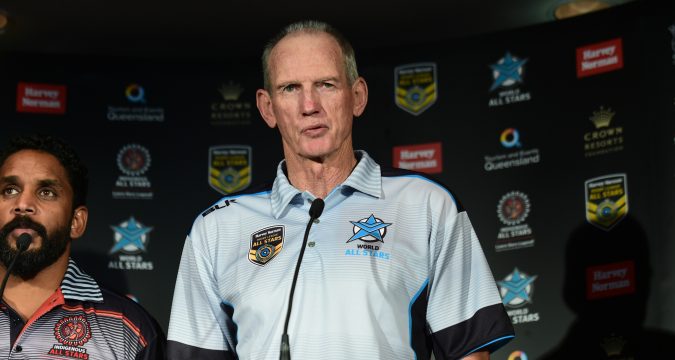 Mid-season internationals were the norm until The RFL scrapped them in 2013 following low interest in the England v Exiles concept, which had originally replaced England’s annual Test with France due to one-sided scorelines.

However, when Bennett spoke to Super League representatives via Skype last week, the 66-year-old made a number of requests to improve England’s chances of success in the 2017 World Cup. Bennett, who replaced Steve McNamara as head coach following England’s Test series triumph over New Zealand last year, also wants a mid-season break and a two-week training camp before the start of the season.

An RFL spokesperson said: “He set out the measures he believed were needed to improve England’s prospects internationally, in particular with regard to the 2017 World Cup.

“He proposed a number of one-off measures for 2017, including a pre-season training camp and the re-introduction of a mid-year Test for the senior team.

“The clubs were broadly supportive of his ideas subject to gaining more details.”

More on this can be found in the new edition of League Express.