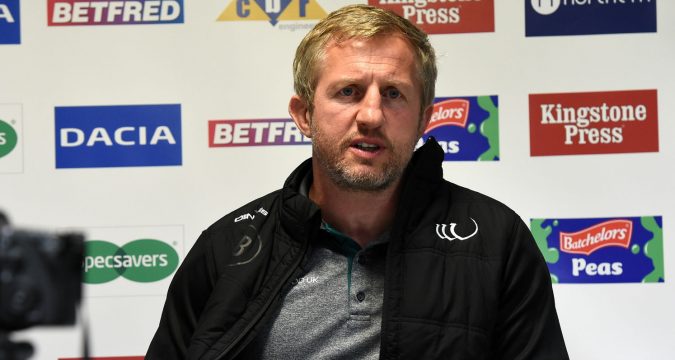 Denis Betts has challenged his side to move on from their setback at Huddersfield and kick-start their preparation for the Qualifiers.

The Vikings suffered a humiliating 40-0 defeat at Huddersfield last week, a result that confirmed their place in the bottom four by the end of the regular season.

It was a blow to Widnes’ recent signs of improvement, having won three of their previous five games.

Betts has now called on his side to get back on track ahead of their game against Wakefield and targeted a tenth-placed finish, which would secure them an extra home game in the Qualifiers.

“What we want is to finish this first half of the season on our home ground with a positive, which we’ve done with the last few performances. So we want a real positive element going into that bottom eight stuff.

“We’ll end up where we end up. Hopefully, if we win the last two games we can push ourselves into tenth spot if Catalans don’t win any games.”

Lloyd White will miss the game with a pectoral injury, but Eamon O’Carroll and Alex Gerrard could return.

“Hopefully it isn’t going to be too serious but we’re looking at two to three weeks minimum.”