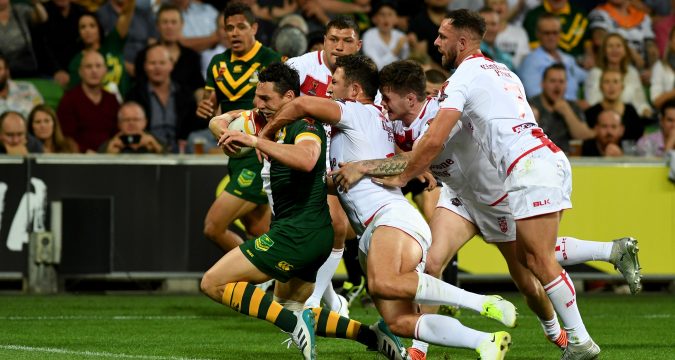 Australia fullback has identified the man he believes is England’s main ‘strike weapon’ ahead of Saturday’s World Cup final in Brisbane.

Slater, who has been a revelation for the Kangaroos throughout the tournament, believes opposite number and former Melbourne Storm team-mate Gareth Widdop is the danger man for Wayne Bennett’s side.

The Aussies are looking to retain the sport’s most famous trophy in Brisbane this weekend, while England are seeking a first British win since Great Britain’s triumph in 1972 – when a draw against the Kangaroos handed them the title of world champions.

And Slater wants the Kangaroos to take extra care in watching Widdop.

“Gareth is just a natural footy player,” Slater said. “He can play anywhere really. As long as he has got the ball in his hands, he is going to be a danger to the opposition. He’d always had this sort of potential. We all know what Gareth Widdop is capable of.

“He has got a running game but is more a skilful passer of the football. He poses a threat out the back and distributes the ball on to his outside men.

“Being aware of where Gareth is at all times when they are attacking our line is probably key for us. He is a big indicator of where they are going to go. He is probably their strike weapon.”