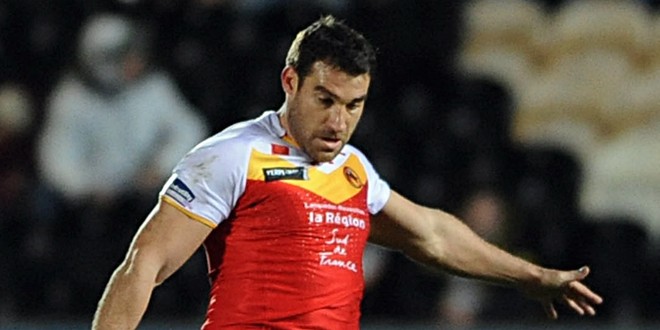 Catalan Dragons have tied down the services of long-serving half-back Thomas Bosc for another year, after he penned a new deal with the French outfit to enter a tenth season with the club.

Bosc has been at the Dragons since 2006, the year they were granted a license to enter Super League. And the French international has said he wants to repay the faith shown in him by the club with this new deal – as the Dragons enter a landmark campaign next year.

“I’m really happy to sign a new contract with the club I’ve played at since 2006,” he told the club’s official website. “We’ll celebrate in 2015 the tenth season of the Dragons in Super League and I’m really proud to be a part of it.

“I’m happy and very grateful for the opportunity the club has given me over many years and I want to do my best to repay the faith they showed in me.”

Head coach Laurent Frayssinous added: “It’s great news to keep Thomas at the club. He is a key player in the team and his experience, his knowledge of the game and the club and his qualities on and off the field will be valuable in the squad.

“I was important to me to know I could rely on him for the seasons to come.”