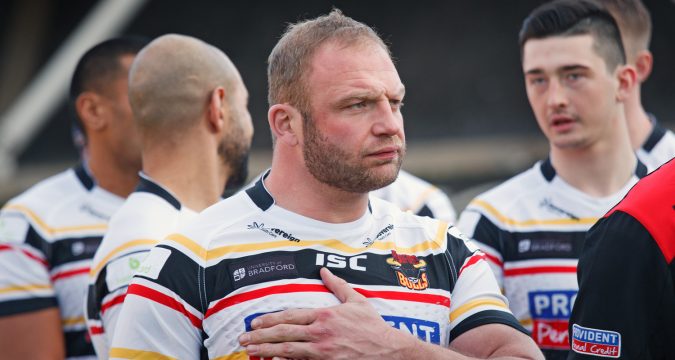 Bradford Bulls have released a statement clarifying the current situation with regard to the ownership of the club. The statement reads:

Bradford Bulls can today announce the completion of a change to its ownership.
OK Bulls Ltd was this morning placed into administration following a discrepancy over the planned transfer of shares to the club’s current directors, an agreement which was reached, in principal, earlier this month.
On Thursday, January 9, a meeting was held between all of the Bulls’ important stakeholders.
The afternoon’s discussions – chaired by the Rugby Football League – resulted in an agreement regarding the transfer of shares from the club’s former owner, Omar Khan, to the Bulls’ current board of directors.
However, despite all parties concurring on the matter during the meeting and undertaking the construction of a contract, an unforeseen development recently came to light. And as a result, continued efforts to resolve the club’s ongoing ownership issue came to a standstill late last week.
David Wilson, of Leeds-based DFW Associates, was appointed administrator of the club’s former holding company after it transpired that the company’s financial position had become untenable.
The Super League club has since been purchased by Bradford Bulls 2014 Ltd.
On behalf of DFW Associates, Mr Wilson said: “Upon the sanction of the Rugby Football League, we will have concluded the sale of the club to Bradford Bulls 2014 Ltd.
“It had not proved possible to resolve the ownership of the company with the previous owner and, as a result, the company’s financial position had become untenable.”
The new company is to operate under the directorship of Andrew Calvert, Mark Moore, Ian Watt and Robbie Hunter-Paul.
All players, employees and assets have been transferred to the new company, who will continue to function as Bradford Bulls – in Super League.
The club now intends to approach the RFL to discuss its future and seek to avoid a points deduction, as the board of directors have stated their intentions to continue to work with creditors.
Although technical issues are likely to arise due to the changeover, Bradford Bulls will continue to operate as normal.
Bradford Bulls 2014 Ltd have also agreed to honour all BELONG 2014 season tickets, insisting they will deliver on all terms of their purchase.
Both the administrator and the directors of Bradford Bulls 2014 Ltd are delighted to confirm that they have been able to secure the future of the club.
A spokesperson for the Bradford Bulls added: “Although a resolution wasn’t found after all avenues were exhausted, we feel the new company will give the club’s supporters much-needed clarity in terms of who is running, directing and owning their club.
For legal reasons, the club cannot make further comment at this time.

Discuss this news on the TotalRL.com Fans Forum