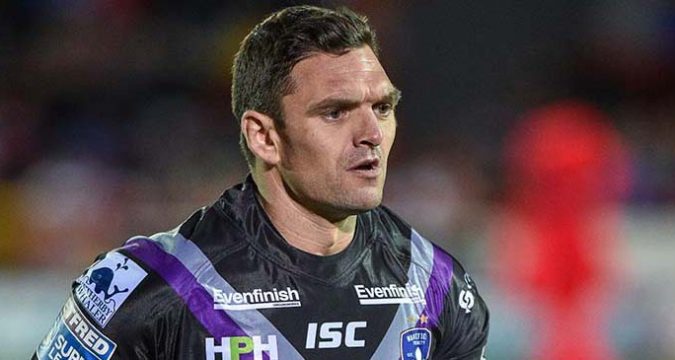 Bradford Bulls have confirmed the signing of veteran halfback Danny Brough on a two-year deal.

As first revealed in League Express, the Bulls have snapped up the 37-year-old, who is one of the sport’s greatest ever point scorers.

His arrival marks a huge statement of intent from John Kear, who will work with Brough for a third time after coaching him at Hull FC and Wakefield.

A Man of Steel winner in 2013 and a Challenge Cup winner with Hull, Brough has spent the best part of 16 seasons in Super League, last playing in the Championship back in 2007 with Castleford, where he won promotion back to Super League.

“I am really pleased to have signed, it is a challenge I am looking forward to and I see a club progressing from its darkest days to hopefully a brighter future,” said Brough.

“The Bradford lads really impressed me in the cup tie back in March, I thought they were the better team, they really stood up against us and that stands the side in good stead.

“I am hoping I can try and bring a winning mentality and great attitude to the side and help when times get tough to knuckle down and get the boys over the line.”

Kear added: “It is a key signing, it shows the true ambition of the club – our priority is to keep our essential players but when you have absolute quality coming available you have to pursue it, we did and we are delighted Danny has signed,” said Kear, who is sponsored by Bradford Bulls Banter.

“We are operating on a tight budget but Danny has agreed to come because he likes the challenge ahead of him and because we have a great relationship.

“After the signings we made this year, there is a gradual assimilation of talent in our ranks and the fans should take great heart from his signing and eagerly anticipate him pulling on the red, amber and black.

“What I want Danny to bring is the element of composure through his experience and he is a very tough competitor and I want that ruthless competitive edge in our squad.

“He will help the younger players realise Super League isn’t a distant dream but a hard-nosed desire and he will is without doubt a huge talent.”