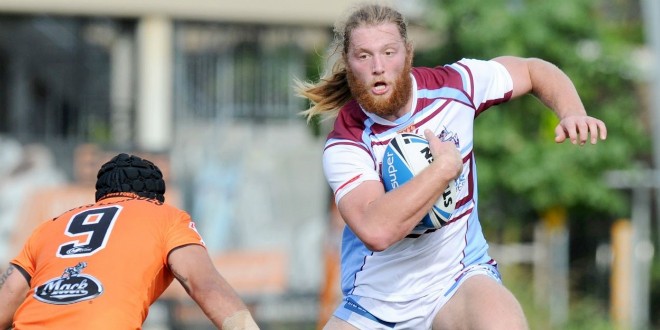 Bradford Bulls have announced another signing for 2015, after completing the signature of Australian prop Karl Davies – with the 22-year-old signing a two-year deal with the club.

Davies is currently plying his trade with Queensland Intrust Super Cup side Mackay Cutters, and joins the likes of USA international Mark Offerdahl and Castleford’s Dan Fleming as welcome arrivals for the Bulls’ pack next year.

And Davies – who describes himself as “explosive and aggressive”, believes the club are handily placed to bounce back into Super League at the very first attempt.

“I believe I can bring a lot to Bradford and am very excited about coming over to ply my trade with the Bulls,” Davies said.

“I am an explosive and aggressive type of player, with a strong work ethic. Next season will act as a fresh start for the club and I am looking forward to getting my teeth into the Championship before, hopefully, playing in Super League the year after.

“The squad being put together looks very strong, there are some fantastic names on board and we are going to take some stopping.”

Bradford boss James Lowes was equally delighted to secure the signature of Davies, saying Bulls supporters should be excited by the impending arrival of the prop.

“I am very pleased to have secured Karl for the next two years,” Lowes said. “He is an explosive prop and he is someone I know will excite our supporters.”