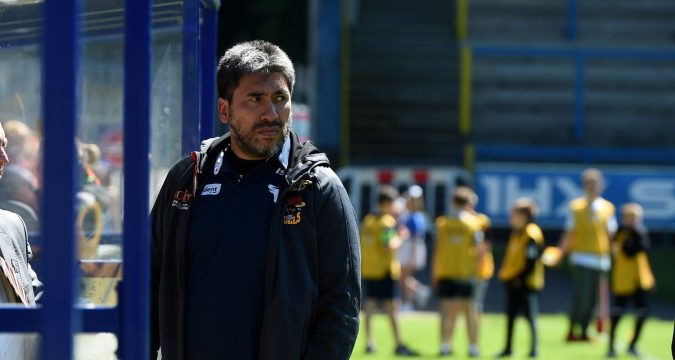 Bradford will use a ‘hybrid model’ to build a squad capable of instant promotion back to the Championship next year, says their co-owner Andrew Chalmers – who also believes that the ongoing legal proceedings being brought by a host of players and staff played a major role in the club’s failure to stave off relegation.

Conspiracy theories and speculation had suggested that Bradford would be given a reprieve but that will not be the case. As League Express has extensively reported, the Bulls will be relegated to League 1 for 2018.

But Chalmers has revealed more about the club’s plans for next year at a media briefing on Thursday, saying that they will use a mixture of full-time and part-time players next year.

“The hybrid model opens up a bigger pool to us. There are some very good players who don’t want to play full-time and if we stay full-time we are limiting ourselves,” he said.

Chalmers also said that the model would have been used even if the Bulls had stayed in the Championship – while also reiterating his commitment to the club long-term as he aims to build a road back to Super League.

“It will be 2020 before the club can get back to Super League but we believe that from 2021 there will be a new Super League licensing format in place in any event,” he said.

“Quite simply, our key objectives are to buy the best players we can afford to obtain Super League status as quickly as possible. Just as failure occurred over five years, re-building will take time, and it will take commitment and resources. The owners are committed to the journey to success. We aren’t going anywhere.”

Meanwhile, a total of 47 current and former employees have begun proceedings against the Rugby Football League, the old Bradford club and the new regime to recoup money they claim to have lost when the club was liquidated earlier this year.

“Up to round nine, the club had won five games out of nine, but following the start of proceedings by the former and present staff and players against the club, the team lost 14 out of 15 games, which is a staggering result on the field,” Chalmers said.

“What is clear to us is that this legal claim had a negative and distracting impact and affected the players’ commitment on the field and their attitude off the field. Not all players were affected but it had a definite affect. It’s been extremely damaging.

“The club believes the claim brought against is without any merit. We don’t blame the players for being a part of that action.”