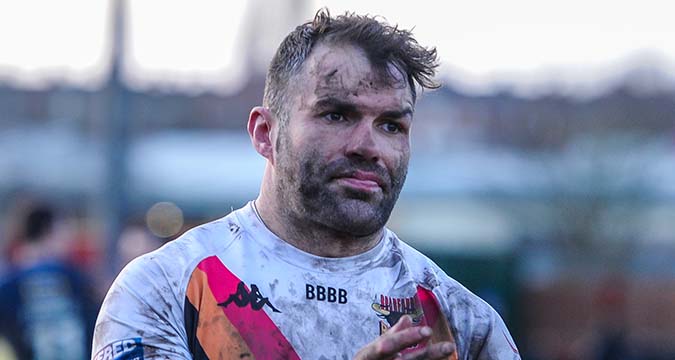 
The 34-year-old made more than 250 appearances in a 16-year career which also included spells at Castleford, Gateshead, Dewsbury, Featherstone, Warrington and Wakefield.

He joined Bradford last year and played in all but one match pre-lockdown.

Bradford coach John Kear, who also worked with England at Wakefield, said: “We are obviously very saddened by the news Anthony has been forced to retire. He will be a big loss to us.

“He is someone who I got to know well over the years as a person not just a player and he was a real warrior. He always put his body on the line.

“Even in the short time he was with us last year I think the Bradford supporters were impressed by what they saw and it is unfortunate that we could not see more of him.

“He has certainly left a legacy with our younger players in the squad who learned so much from him during his time with us.

“On behalf of everyone at the club I would like to wish Anthony the very best of luck in his retirement and thank him for his services.”