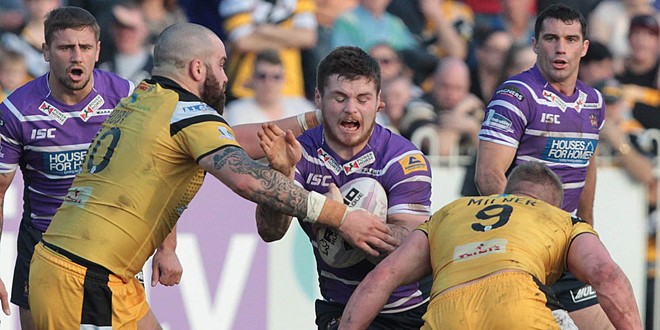 The 30-year-old Australian, who will face Bateman’s Wigan Warriors later today, told the T&A newspaper: “Papa was a Bradford junior and a very good one at that. I think the first time I saw him was when I got to a game early and they were saying how good this 16-year-old kid was.

“Sometimes you think ‘another good 16-year-old kid’, but then I watched him and I thought ‘Oh yes, this kid can play’. It wasn’t long after that John made his first-team debut when he was 17.

“He was a bit raw and was used to throwing everyone around. Some of the things he did in his first couple of matches, you could see he had a big future in the game.

“I still believe he’s going to go a long way in the game and I don’t think we’ve seen anywhere near the best of Papa. He was unfortunate with a few injuries in the past few years but he’s got a long time left in his career. I haven’t really seen him play this season but I’m sure he will want to play against us to show people the player he is.

“Will Papa play for England? Definitely. I think if injuries hadn’t gone against him in the last couple of years he might have gone to the World Cup last season.