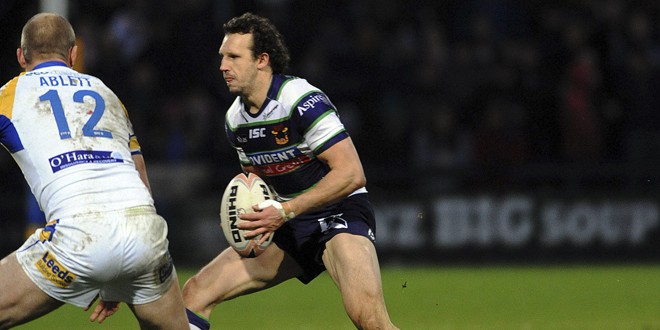 Bradford Bulls full-back Brett Kearney is ready to help hoist the club up the Super League ladder, after admitting he was a slow started for the Bulls in 2014.

Kearney didn’t feature in any of the club’s pre-season clashes, thus leaving him short of match fitness going into this pivotal campaign. However, he revealed that a friendly “kick up the backside” from head coach Francis Cummins has given him the boost he needs, and he believes he starting to kick on this year.

“I didn’t have an off-season so I was a bit sluggish and out of position at times in the first few games,” said Kearney in the Telegraph and Argus.

“We then hit a couple of games where we really didn’t get much ball and I was probably half a yard off.

“In the last couple of games, we’ve had some better combinations with the boys and it’s starting to feel like I am playing well.

“I could tell myself that I was a little bit off but sometimes it’s good when you speak to your coach.”