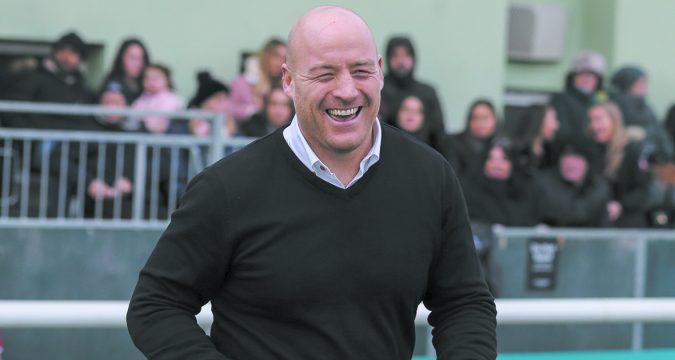 MARTYN SADLER reflects on the unexpected rise of the London Broncos.

At the start of the season Sky Sports would have looked at the fixture list and wondered which London Broncos home fixtures they would feature in their broadcast schedule.

Inevitably they would have expected, like everyone else, that the Broncos would struggle to win a game this season. I understand they had to cover at least two Broncos home games. But which ones would they be and when would they cover them?

The first one was their home game against Castleford on Saturday 23 February.

The Tigers hammered the Broncos by a scoreline of 6-40. It was their third victory on the trot since the start of the season, whereas it was the Broncos’ third successive defeat since shocking Wakefield on the opening weekend of the season.

At that point the Broncos had just one win from four matches, and most people assumed that the win over Wakefield had been a fluke and they wouldn’t win another game.

No doubt Sky’s fears about broadcasting a game from the Trailfinders Stadium looked fully justified and I doubt whether they would have been looking forward to their second visit to the ground, which had been scheduled for a Thursday night in mid-June.

I suppose Sky’s thinking was that they could show a game on a Thursday night against a team that might not give the Broncos a shellacking?

So that’s how we probably came to have a game last Thursday night between the two clubs lying at the bottom of Super League.

But who would have imagined before the season began that it would be between two teams that were level on twelve points alongside Leeds Rhinos, and that the Broncos would be coming into it on the back of two victories, while Rovers would have beaten second-placed Warrington Wolves the previous Saturday?

By the time last week started, many in the media were describing this as possibly the game of the season so far, and Sky found themselves with a game that was predicted to be a compelling four-pointer.

But surely it couldn’t live up to all our expectations!

Well, it did and how!

Several people have told me it was the most enjoyable game they’ve watched so far this season.

I suspect that part of the reason for that was that we don’t see too much of the Broncos and Hull KR on television.

Generally speaking they are not favoured by Sky with the presence of the TV cameras, and so to see them last Thursday night, assuming you saw them on TV and weren’t one of around 1,500 people at the game, was to experience something that was, in Rugby League terms, a little different.

And the players who won it for the Broncos were a little different too.

Jordan Abdull had a masterful kicking game, constantly tormenting the Robins with his high bombs that fullback Alex Walker seemed uniquely able to get under on its descent to keep the Broncos’ attack functioning.

Some people had wondered before the game whether Abdull would have split loyalties in this match, given that he has signed for the Robins for next season. But in fact he seemed to be spurred on to perform even better, rather than being deterred by the fact that he was playing against a club he will soon be joining.

The crucial point in the game was his second-half 40/20, which came after the Robins had taken what looked like a hold on the game with two quick second-half tries.

After the game, TV pundit Phil Clarke was speculating that Abdull could be a future England player, with one eye on the 2021 World Cup.

I can certainly agree with that viewpoint, especially in an era in which we seem to be chronically short of outstanding halfbacks. Abdull’s game and his physique have developed quite remarkably in London and the Broncos’ coach Danny Ward deserves enormous credit for that.

For me, the development of the Broncos’ stand-off half has been one of the stories of the Super League season.

To read Martyn Sadler’s Talking Rugby League column get hold of a copy of today’s issue of League Express.