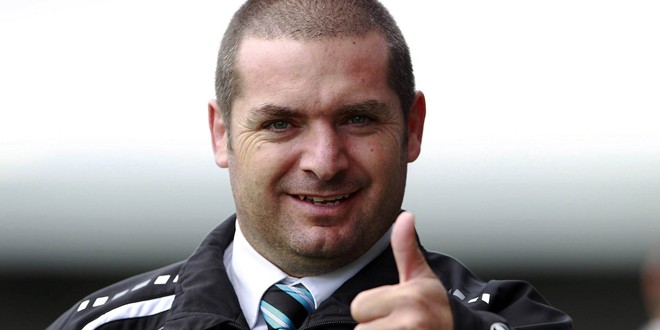 The Broncos are remaining full-time despite their relegation from Super League in 2014, and Grima says with Hughes’ support, the club are well placed to gain promotion back to Super League at the first attempt in 2015.

“Our chairman David Hughes has provided us with the resources to train full-time and that will give us the best opportunity to reach the top four and to compete to get back to Super League,” said Grima.

“We’ve hit the ground running – we’ve not had an off-season for a couple of seasons – and we’ve assembled a squad which I feel will be better equipped to play the style of football that we’ll need next year. We’ve recruited players who are not only good players on the pitch but who are also good people off the pitch and our organisation is excited about what lies ahead.

“The buck stops at me now; David has supported me in the staffing structure and the players I’ve brought to the club. I’m the custodian of the program now and responsible for the outcome.

“I think we have a really good cross-section of experience and the best youth available through the London program. We have nine local juniors in the top 25 which is exactly the way I want the club to go. We also have some players who offer the maturity and guidance that we didn’t have last season – it’s an healthy balance.”

Grima arrived at the Broncos as understudy to Tony Rea, and was promoted to head coach during their 2014 Super League season. He has little experience of English Rugby League below the top level, but has recruited former Sheffield hooker Andrew Henderson as his number two for the forthcoming campaign – something Grima believes is massive for the club moving forward.

“I’m lucky in having a strong ally in Andrew Henderson who has played and coached in the Championship for a number of seasons,” said Grima.

“Andrew knows the Championship better than anyone at a playing level. I’ve certainly watched some footage and I know that there will be a lot of teams wanting to be at the top end of the ladder.”

Grima is aware of how tough the Championship will be though, and says it is vital the Broncos treat their opposition with respect to avoid being stung.

“I also know Fuifui Moimoi personally and that Leigh will be a formidable outfit following his signing, but if we don’t respect any team then we’ll get a rude shock.

“I’ll always give the opposition respect because they can do anything on their day – I think it will be an outstanding competition.”