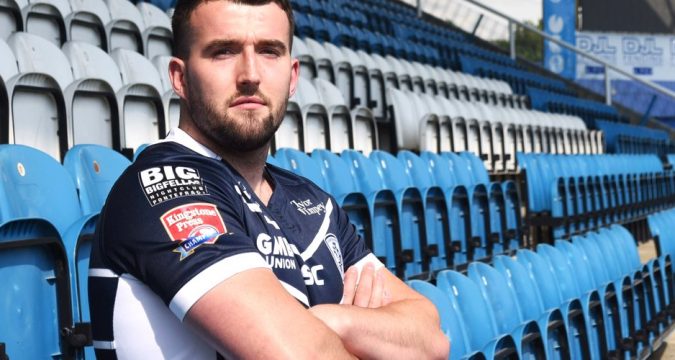 Brooks was refused admission to Scotland’s flight to Cairns and was sent home along with captain Danny Brough and Johnny Walker.

Following Brooks’ return to the UK, the club began an internal investigation which has concluded in Brooks receiving a written warning and an undisclosed fine.

Brooks said: “I would like to take this opportunity to apologise to everyone involved with Scotland Rugby League, the players, the staff and the fans who travelled a long way to support us.

“My actions on Sunday were nothing short of unacceptable and, more importantly, totally embarrassing.

“I would also like to apologise to everyone involved with Featherstone Rovers, who I have been representing while away with the Scottish national side.

“Most importantly, I would like to apologise to my family – who give me the right to represent Scotland in terms of eligibility.

“I am gutted to have embarrassed my family and friends by being forced to leave to tournament in such a disappointing manner.

“Going forward, I will be working as hard as possible – on and off the field – to redeem myself and put this behind me.

“I owe the Featherstone fans a great deal and will do everything I can to make people proud of me once again.”

Rovers general manager Davide Longo added: “We have spoken to both Sam and Scotland at length and have completed a comprehensive investigation into what occurred and how it resulted in our player returning to the UK ahead of schedule.

“We believe the matter has been dealt with swiftly, in a professional manner, and now all parties can move forward.”