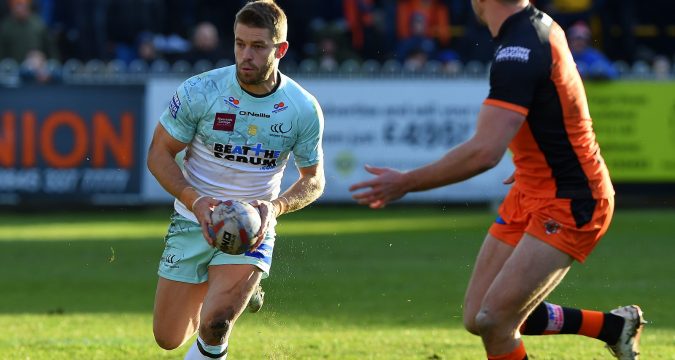 Rhys Hanbury will leave Widnes Vikings at the end of the 2018 after their relegation was confirmed last week.

Hanbury signed for Widnes in 2012 from Crusaders with the fullback going on to play a crucial role for the club over those seven years.

“Rhys has created many special moments during his time at Widnes Vikings and can be proud of his contribution to the club,” said Vikings CEO James Rule.

“He leaves with the best wishes of everyone at The Vikings for the future.”

Meanwhile, young winger Owen Buckley has signed a new deal which commits him to the club until the end of 2020.

Buckley has spent time with North Wales Crusaders this season on dual registration but has also played seven times for the Widnes first team in 2018, scoring three tries.

“I’m buzzing to have secured my future,” said Buckley.

“It was a big commitment for me but it’s one I’m ready to take and show to the fans how loyal I am to this club.

“I’ve had to bide my time a little this year with the experienced lads ahead of me, but I’ve got to use that, take in those experiences, and try and get in the team on a regular basis in 2019.”