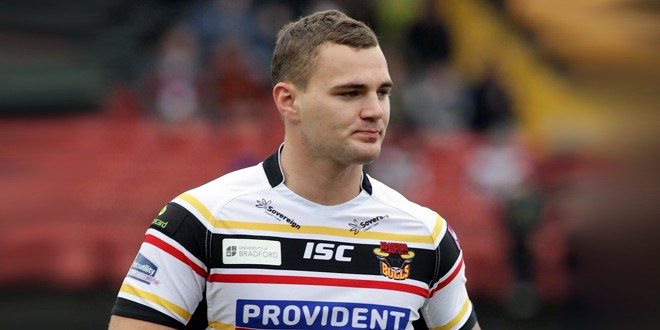 Bradford coach Francis Cummins has announced that the Bulls have extended the loan of Warrington youngster Danny Bridge to the end of the season.

The Ireland international, 21, has spent two months with the Odsal club, appearing seven times. As part of the agreement, he can be recalled by Wolves coach Tony Smith at any time.

“I am absolutely delighted to have Danny on board for the remainder of the season, he has done really well for us so far,” said Cummins.

“He has at times been forced to play out of position and has stood up to the challenge on every single occasion. He has worked very hard and I am really looking forward to seeing what he produces in the weeks and months ahead.

“Danny is hugely talented and still very young, meaning he has a bright future ahead of him. Hopefully he can continue to develop here and provide us with the level of performance which he already has done over the past eight weeks or so.”