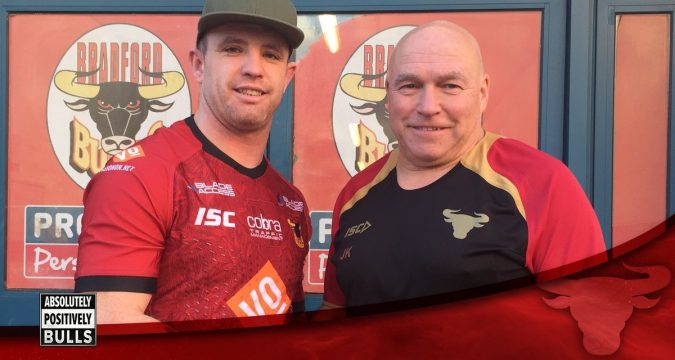 Bradford Bulls have completed the signing of hooker George Flanagan on a two-year deal.

The 29-year-old was a part of Bradford’s Academy and has now returned to the club after the Bulls paid Hunslet compensation for his services.

A former Batley player, Flanagan was Hunslet’s captain, but has become John Kear’s latest signing ahead of the Challenge Cup match with West Wales Raiders.

“I’ve known George for many years now having worked with him a Batley where we had great success. We got to a Championship grand final and he was instrumental in that.

“I’ve kept tabs on him ever since and when the opportunity came to acquire him for us this season and contribute to our quest for promotion, it was really a no-brainer.

“He brings experience, he has a vast number of Championship games under his belt, he played at an elite level and is very competitive.”

“He adds leadership qualities to a young side. People should realise our average age was only 22 years and 8 months when we beat York, so George will come in and give us some much-needed experience in a specialist position, which will help us greatly over the course of the season.”

In a statement, Hunslet said: “The club are extremely disappointed to lose the services of our captain and fans favourite but we were left with no other option than to allow him to leave after agreeing a compensation package with the former World Club Champions.”