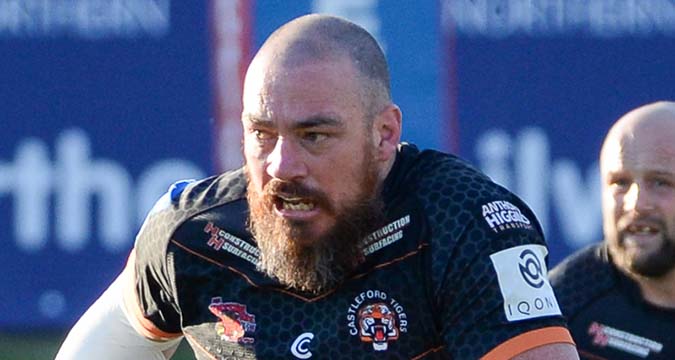 The 34-year-old Australian, who played in Saturday’s Challenge Cup final at Wembley, is in his tenth year with the Tigers, and out of contract come November.

Millington played in the NRL for Cronulla Sharks and Canterbury Bulldogs before heading to the UK.

He had been considering returning to Australia with his wife and three children, but is now in line to link up with the Bulls.

Millington has been a key figure in the transformation of Castleford under Daryl Powell, who arrived halfway through the 2013 season.

Powell, of course, will join Warrington next year, while the 2017 Super League Dream Team member looks likely to link up with John Kear at Odsal.

While best known as an uncompromising prop, Millington can play a variety of roles in the pack and is recognised for his quick thinking and smart passing.

“Castleford have been a big part of my life for ten years now and my three kids were all born and raised in the area. We’ve loved our time here so far,” he said.

Bradford have set their sights on a return to Super League for the first time since 2014 and were among the clubs who applied to replace Toronto this year.

Kear’s side are currently third in the Championship, having won nine out of twelve league games ahead of Sunday’s home clash with second-placed Featherstone.