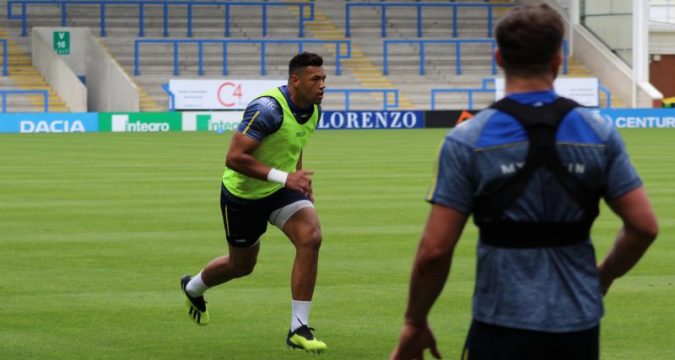 Luther Burrell is in contention to make his Warrington debut after being named in the squad to face St Helens.

Burrell has joined the club from rugby union and has been training with the club for the last few weeks.

He could be thrown straight in against the league leaders, who will look to extend their lead at the top to eight points with victory.

Joseph Paulo and Morgan Knowles have been recalled, though Saints will be without back-rower Zeb Taia for six weeks after he dislocated his shoulder.

Tom Lineham is also back for Warrington following suspension.