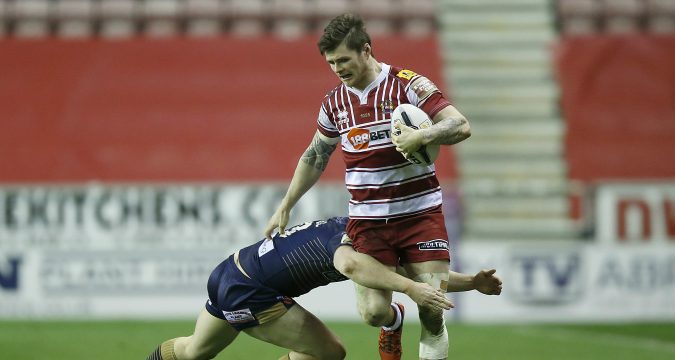 Canberra Raiders’ recruitment manager Peter Mulholland has confirmed discussions have taken place with John Bateman, but the England international will not be joining the Raiders.

Bateman hasn’t featured for the Warriors since the club launched an internal investigation into an alleged incident outside a Wigan gym. That has heightened speculation surrounding Bateman’s future, with reports suggesting the England international could make the move to the NRL.

Speaking to the Canberra Times, Mulholland revealed that he has made contact with the Wigan star, but confirmed he would not be making the move there in the near future despite trying to lure him Down Under last year while also talking to Bateman at this year’s Magic Weekend.

“I met with John Bateman last year for St George Illawarra and I spoke to him about the possibilities but he’s still on a long-term contract,” Mulholland said.

“I did catch up with John again … when I was over there for the Magic Weekend. We’re always open to top-quality players and he’s one of the best ones in England at the moment, but certainly there’s no movement from us on that one.”

Mulholland also quashed rumours of a swap deal involving Bateman and Frank-Paul Nuuausala, who has also been linked with a switch to St Helens.

Bradford-born Bateman has been linked with a move to Australia for years, however TotalRL understands that he is reluctant to move abroad as he has a young daughter.