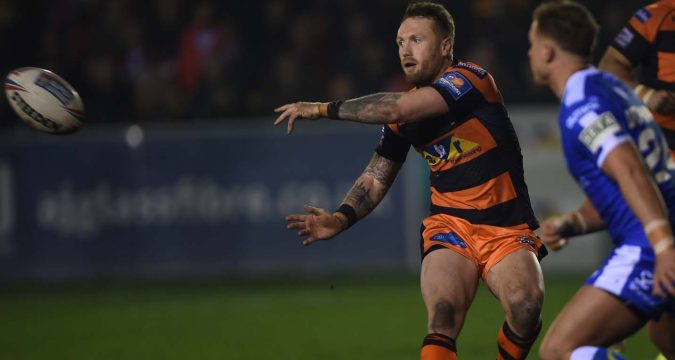 Castleford Tigers have confirmed the departure of Jordan Rankin on compassionate grounds.

As revealed by League Express, the fullback has left the Tigers and will return to Australia this week.

Rankin joined the club last season and established himself as their first-choice fullback, producing a string of impressive performances at the end of last year.

However, he will not return when the action returns in August and the club’s Director of Rugby Jon Wells said: “Jordan recently approached Castleford and his parent club, the Huddersfield Giants, with a request to return home to Australia for personal reasons, a request that the club supported. However, it has become clear that Jordan could not give us a timeframe for any return to the UK due to circumstances beyond his control.

“This is something the club would have needed in order that Daryl could prepare his squad for return to play later this year. Regrettably, then, both parties have agreed to cancel the loan agreement in place and Jordan will leave us with immediate effect in order that he can return home as quickly as possible.

“The Tigers would like to wish Jordan and his new family all the very best for the next chapter in their lives.”

Rankin added: “I’m disappointed to be cutting my time short here in the UK but my family comes first and that’s always been first and foremost for me.

“I want to thank both clubs for giving me the opportunity to play, to play in Super League and I’ve really enjoyed it, my time at Cas especially. I’ll always have fond memories of playing at the club and I’ll always appreciate that I was given the chance.”