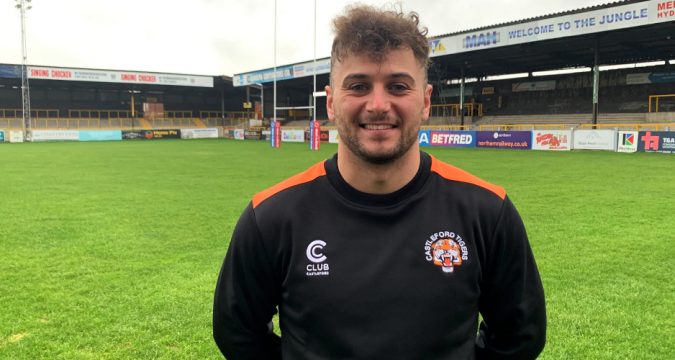 Castleford Tigers have handed a trail to a rugby union scrum-half Lloyd Wheeldon.

Wheeldon, 24, is a serving Lance Corporal in 3 para and has been training with the club throughout the month.

He played for the British Army’s Senior XV before joining Quins in 2019 and is now looking to pursue opportunities in rugby league.

Wheeldon commented: “This is my eighth year in the army, I played army rugby union First Team, so I’ve always been a union-dominant player. I’ve played in high-end games like Army vs. Navy and obviously got poached for Harlequins from there.

“I’ve always wanted to try playing rugby league and I got quite friendly with Sean Long when he was down there. I got chatting to him about it and then put the feelers out there through my agent, and then an opportunity came up for a trial with Cas after Daryl (Powell) showed interest.

Powell added: “He’s got a great attitude, and he’s been in the army so he’s a tough kid. Getting used to the nuances of rugby league in the first couple of weeks is important for him, but I just think it is important to have a look at him and see how he goes.

“Obviously, he’s not going to be able to play this month, but we get to have a good look at him, and it gives him an opportunity to pick up all the little bits of rugby league.”