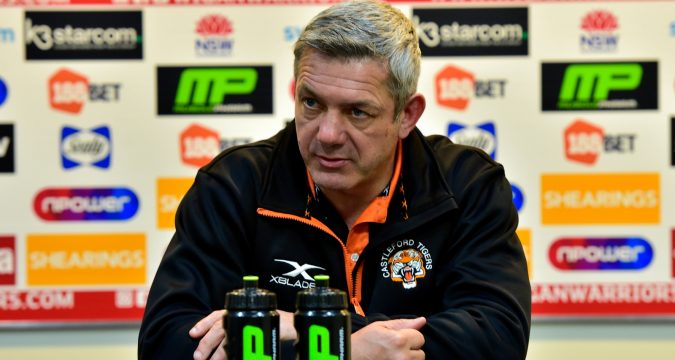 TotalRL understands a deal for the 19-year-old has been completed and he will link up with the club later this week.

As part of the deal, it’s understood the Bulls will gain Tigers prop James Green for the remainder of the season, and he’s expected to join the club on a permanent basis in 2019.

Butterworth has spent his entire career at the Bulls, working his way through the club’s Academy system and making his debut last year.

He recently went on loan to Championship side Batley, but will now join up with his new club this week.

Butterworth will be the latest young talent Powell has decided to take a punt on. The Tigers coach has made a habit of unearthing gems and will be hopeful his latest acquisition can be the latest talent to breakout like Mike McMeeken, Denny Solomona and Alex Foster have in recent years.

The youngster’s arrival will see him link up with fellow Bradford academy product Jake Trueman.

Meanwhile, Green leaves the Tigers having struggled to establish himself since his move from Leigh Centurions.

The prop has made most of his appearances this year for Castleford’s dual-reg partner club, Halifax, and was off-contract at the end of the season.