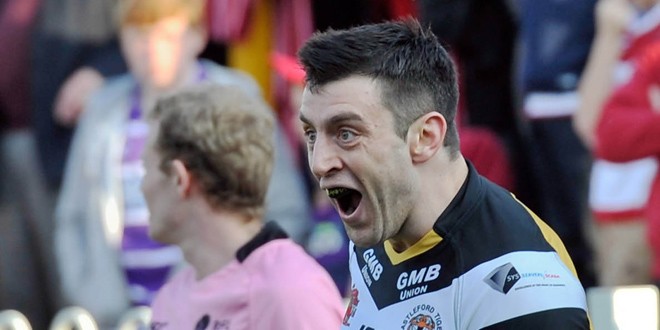 Castleford Tigers winger Kirk Dixon believes it will be a disappointment if they do not pick up a massive win against Leeds Rhinos this evening, claiming Cas have all the skills to cause the Rhinos plenty of trouble in their own backyard.

Both sides know that the winner of the huge clash at Headingley Carnegie will top the Super League ladder, and Dixon believes that the Tigers have every chance of being the side that moves to the summit with just six rounds of the season left.

“Our mentality and our belief is different so we’ll be going there looking to win the game and we’ll be disappointed if we don’t,” Dixon said.

“We’re under no illusions it’s going to be a tough ask, but we’ve done it before and there’s nothing to say we can’t do it again.

“Their back division is very good, but across the board they’re fantastic and they’ve proven that with the amount of finals they’ve been in and trophies they’ve won.

“They’re a champion side, but we’ve got all the confidence in our team as well. We’ve got some exciting players so hopefully we can go there and cause them some trouble.”