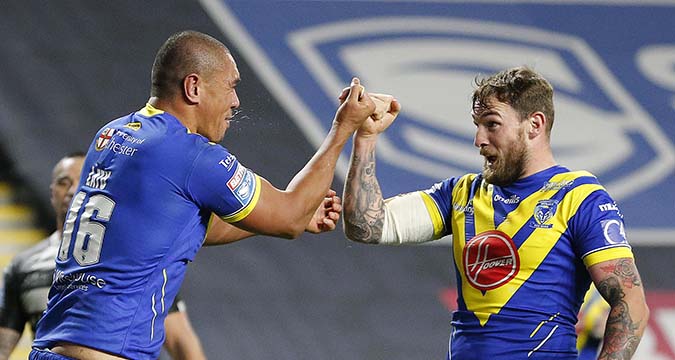 The RFL has relaxed the size of fines being handed to players for celebrating tries.

League Express revealed last month that players would be hit with £250 fines if they illegally celebrated with their team-mates, with a hug and high fives both outlawed.

But after an initial crackdown the governing body has been satisfied that players have adapted to the new rules on the most part and have lowered the punishment for celebrating as a result.

The decision to sting players with fines received substantial criticism on social media from fans and players, who were unable to understand the RFL’s insistence on the need to stop celebrations when players were in contact throughout the game.

Many fans have made contact with clubs offering to pay any fines that their celebrating players were hit with.

But the RFL still argues that celebrating tries and victories represents unnecessary contact and clubs agreed in a meeting last week that contact should be kept to a minimum where possible.

As a result, fines will still be imposed on players who don’t comply with the rules, but they are now significantly lower than the initial £250 hit.