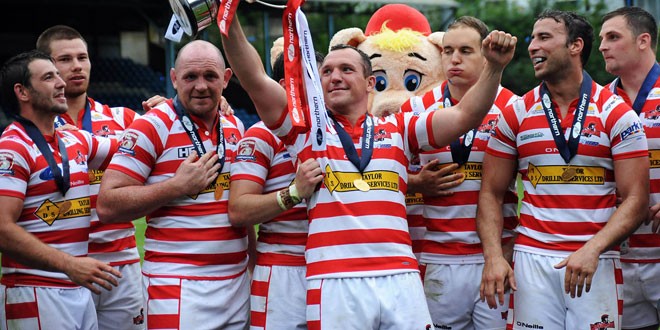 GAMEBREAKER: The game ebbed and flowed all afternoon, but Ryan Brierley’s 72nd minute field goal sealed it for the Centurions.

GAMESTAR: Martyn Ridyard kicked the Eagles to death; both from the kicking tee and in open play as Leigh once more got their hands on the Northern Rail Cup.

TOP TACKLE: Quentin Laulu-Togagae’s superb effort to deny Matt Gardner was a moment of magic, even in defeat for the Eagles