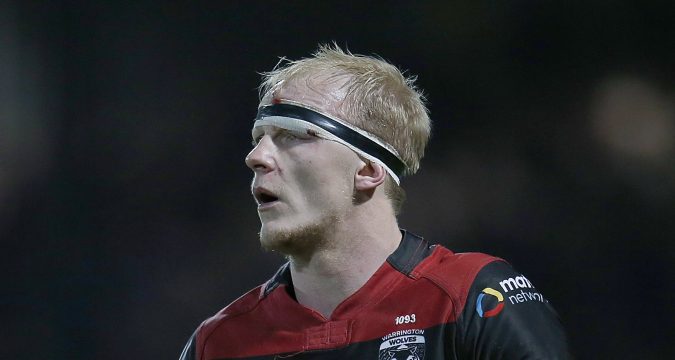 Leigh Centurions have confirmed the signing of Rhys Evans from Warrington Wolves for the 2018 season, as reported in League Express.

The 24-year-old has penned a three-year contract, running until the end of the 2020 season, and will link up with his new teammates ahead of pre-season.

Currently sidelined with a season-ending injury, the Wales international joined Warrington Wolves in 2010 and played 105 games, scoring 42 tries from the wing, while also having a spell at the Centurions on dual-registration in 2011, scoring four tries in eight games.

His move comes after the signing of New Zealand international outside-back Bryson Goodwin for next season, as the Centurions have bolstered their options in the three quarters for the 2018 campaign, while further additions are expected at the club.

Leigh Centurions Head Coach Neil Jukes said: “I worked with Rhys years ago when Basil (Ian Millward) was at the Club and saw at first hand the qualities he had. He plays the game tough, is quick, he has an eye for an opportunity and the ability to finish those opportunities.

“Since then I have watched his career blossom at Warrington and when the opportunity came to bring those qualities to Leigh Centurions it was a no-brainer, especially when I spoke to Rhys and saw he retains the hunger he had at a young age. Rhys is looking forward to being part of our Club and sharing in the success that we are building towards and we are looking forward to him joining us.”

“Rhys is a quality addition to our side for next year. We signed him earlier in the year, prior to his injury, and he had played every round with a starting squad number at Warrington, who were Challenge Cup runners-up and Grand Finalists, which speaks in itself,” Leigh Centurions owner Derek Beaumont added.

“He has youth on his side and a big future ahead of him and is currently a rare commodity as far as home-grown centres go. He was impressed by our set-up which he is familiar with, but more so with Jukesy and how he thinks he can develop and improve his game, in turn improving our team.

“It is all about getting better each year and adding quality, experienced players and I think with Rhys and Bryson (Goodwin) added already to our back-line for next year our intentions are clear.

“Like with Bryson we had intended keeping this until the end of the season but as always seems the case it is out there and given Rhys is unable to feature again this season it seemed appropriate to announce it now.”