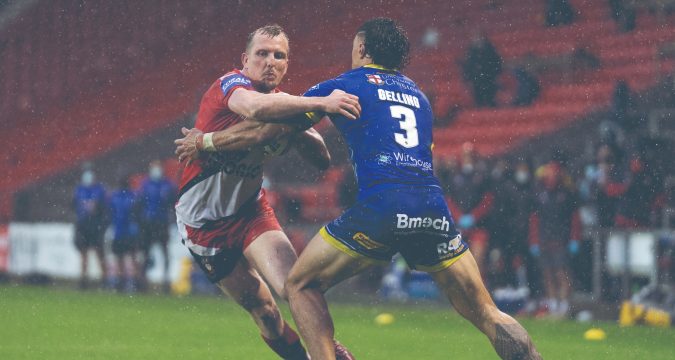 Dan Sarginson and Jack Ormondroyd will miss the Challenge Cup Final after testing positive for Covid-19.

Salford confirmed the duo were the two players who had recorded positive tests and will cruelly miss the trip to Wembley.

Sarginson has been a key component in Salford’s run to the final, scoring in Golden Point as the Red Devils defeated Catalans in the quarter-finals.

Niall Evalds is brought into the Salford squad having missed over a month of action with a calf injury. Coach Ian Watson said he was touch and go leading into the contest.

Leeds, meanwhile, are without Harry Newman who remains sidelined with a double leg break, with Bodene Thompson cup-tied after playing for Toronto in the earlier rounds of the competition.