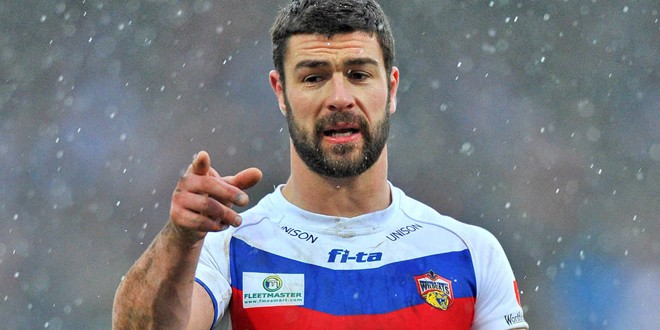 Wakefield full-back Richard Mathers insists the Challenge Cup is still “massive”, despite the threat of relegation hanging over the Wildcats’ heads this season.

Mathers, who has won the Cup twice previously with Warrington in 2009 and 2010, is desperate to lift the trophy with his current Wakefield team-mates.

“I’ve got some fantastic memories of playing in the Challenge Cup, and I’ve been fortunate enough to win two of them. I really understand what it can mean to a club and a group of lads,” Mathers said.

“I don’t say this lightly; if I was to win the Cup with another group of lads I wouldn’t want it to be with any other group than the one we’ve currently got here. The players deserve it.”

The Wildcats have been handed a West Yorkshire derby at home to Leeds Rhinos, another of Mathers’ former sides. He is wary of the fact that most of the Rhinos squad have not managed to lift the famous trophy in their careers.

“If you look at Leeds, you will notice that none of those lads have managed to win it together,” Mathers added.

“I’ve lost in a final with Leeds and they have been so successful for such a long time without winning the Cup, so I can see why it is top of their priority list.

“It’s going to be a great fixture and a fantastic occasion.”

The draw has thrown up five all-Super League clashes, and Mathers believes that will give everyone the chance of believing they can get all the way to Wembley in 2014.

“If you look at the draw, it is remarkable that there are so many Super League clubs drawn together. So if you get through this round, it is not unrealistic to start thinking about getting to Wembley.

“The draw has sparked a lot of enthusiasm amongst a lot of players in the game; if you can get through you could potentially have a really good run at it.”