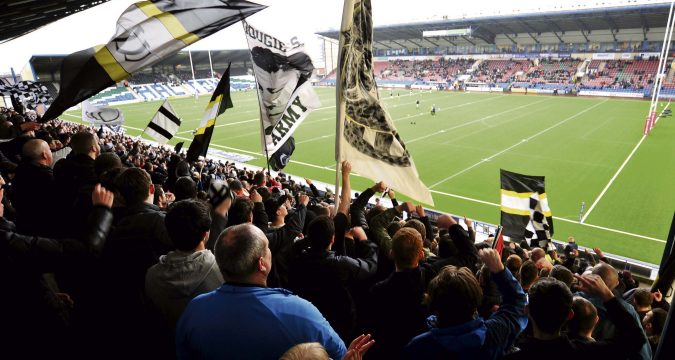 Schedules for the 2021 Championship and League 1 campaigns are set to be finalised tomorrow.

A meeting of clubs will take place on Friday, in which there is an expectation that a calendar will be signed off for 2021.

In October, the RFL outlined hopes of a March restart for the competitions, though that was largely dependent on the ongoing Covid-19 pandemic and the fact the crowds weren’t expected to be allowed in stadiums until April.

But with a vaccine now being rolled out, and fans already allowed to return to stadiums in Tier 1 & 2 areas, there is a hope that a start in early March is realistic, with the early weekends expected to be filled with Challenge Cup and 1895 Cup games.

Clubs don’t budget for cup games and traditionally draw smaller attendances, and so playing them at the start of any schedule gives additional time for crowds to return for league action.

One proposal was for cup games to be played through March before a return to league action on Good Friday, which is April 2nd. It was one of several proposals clubs had been left to consider, with variants including a league restart weeks earlier in March.

Another big decision to be made relates to the Summer Bash. It appears unlikely that the event in Blackpool will take place this year due to logistical challenges, though there is an appetite among clubs for the event to take place.

But uncertainty around crowds leaves the RFL facing a challenge surrounding ticket allocations and safety procedures, and with the season already being congested into a shorter timeframe, there is a feeling the Bash could be axed from next year’s calendar.

But clubs are keen for the event to take place, highlighting the coverage it receives from Sky, who have shown every game from the event in recent years, while also noting that it is a popular weekend among supporters.

Another consideration will be the Challenge Cup, which is set to take a shorter format next season with community clubs to be absent from the competition due to the uncertainty surrounding their return to play options. Toulouse Olympique are unlikely to participate once again in 2021, meaning it is likely to run as a 35-team competition next year.

That means a new format and though a group stage proposal is believed to have been tabled, that looks unlikely to be implemented.

It’s thought the RFL could make plans public after the meeting, though fixtures themselves aren’t likely to be released until January.