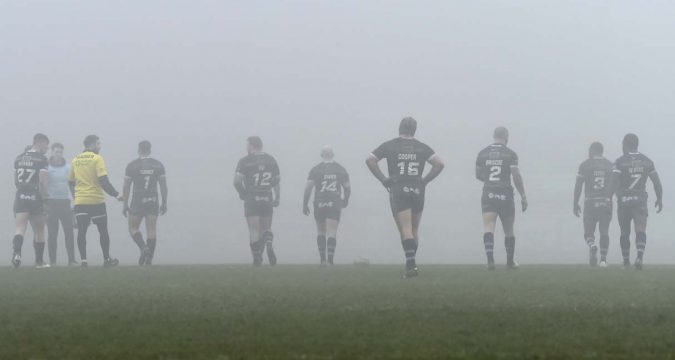 Both the Championship and League 1 seasons will be delayed, the RFL has confirmed.

A meeting of clubs took place on Wednesday where it was agreed that a delay of ‘several weeks’ would take place, which Betfred League 1 clubs are now not set to return until Spring.

TotalRL revealed before the meeting that the Championship was due to return in March, while League 1 would resume in May.

Championship clubs will return to training from January but will only be allowed to take part in non-contact outdoor training. Contact training is hoped to begin from February 1st.

League 1 clubs will be cleared to return in February, though all clubs must prove to the RFL that they are reaching safety standards.

The RFL say they will publish further details over the weekend regarding the fixtures structures of the season.

Ralph Rimmer, the RFL Chief Executive, said: “We have been grateful to our clubs throughout the last 10 months for their responsible and constructive approach to such a challenging period for all, and Wednesday’s meeting was another example of that.

“There remains a desire and determination, from the RFL as well as clubs, to get back on the field as soon as is safely possible. However, there is also a recognition of the need to be responsible at this time.

“A staged return to pre-season training, after the short pause advised last week, followed by a staggered start to the Betfred Championship and League 1 seasons, represents the best way for us to combine this responsibility with other priorities of player welfare and the financial sustainability of our clubs.

“This approach extends to the Academy and Scholarship programmes, which are so important to the future health of the game as well as the mental health of the youngsters involved – and we will confirm shortly a similar approach for the Betfred Women’s Super League.”