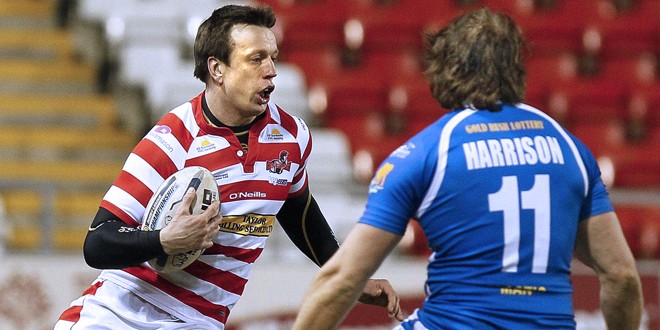 The draw for the third round of the 2014 Challenge Cup took place at the University of Gloucestershire’s Park Campus in Cheltenham last night when the 23 Kingstone Press Championships clubs entered the competition for the first time.

The second-tier clubs joined the 11 winners from the second round ties in draw conducted by Maxine Melling, from the University of Gloucestershire, and Kevan Blackadder, the Editor of the Gloucestershire Echo newspaper.

The draw in full:

The third round ties will be played over the weekend of March 15 and 16.

Two Championships clubs, Featherstone Rovers and London Skolars were given a bye into the fourth round in a random draw.