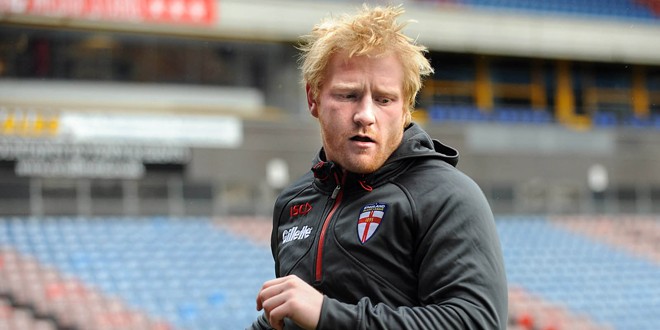 Rumours are circulating that South Sydney Rabbitohs are looking to replace code-switching England star Sam Burgess with fellow Super League export James Graham, who is currently plying his trade at the Canterbury Bulldogs.

The Sunday Telegraph in Sydney has revealed the Rabbitohs lodged an ‘expression of interest’ with the former St Helens front rower, 28, who is recognised among the best props on the planet.

It was initially thought that Souths coach Michael Maguire would try to bring Australian Andrew Fifita in from Cronulla Sharks, but Sydney Roosters and St George-Illawarra Dragons are also said to be interested in the State of Origin star, so the former Wigan coach decided to look elsewhere.

Graham, who is out of contract at the end of the season, could be the perfect replacement for Burgess. However, Bulldogs coach Des Hasler is said to be desperate to keep hold of the England international and is trying to sign him up to a long-term deal. We’ll give you more information when we have it.

In the mean time, here’s a video of Graham playing against Burgess in last year’s NRL round six clash between the Bunnies and Bulldogs.