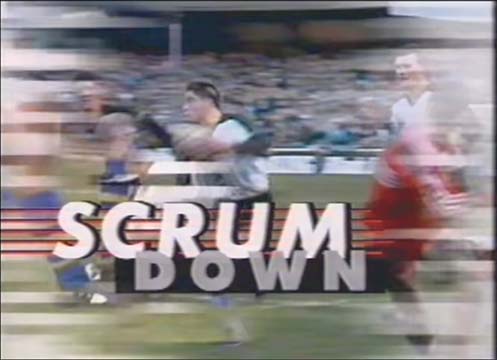 There haven’t been many positives for sport outside the elite levels over the last eleven months, but there can still be joy to be found through the clubs we’ve all supported.

Nostalgia has become an increasingly valuable commodity, which can take us all back to more normal times, when experiences we took for granted were the norm.

Rugby League Cares has excelled in this field during the last year, regularly putting archived videos on their social media channels of classic matches of the past.

Recently they showed one that resonated particularly strongly with me – Rochdale Hornets against Halifax from March 1990.

That’s a game that will mean little to most readers of this column, of course.

But is showed me the power that nostalgia can have for sports fans, and the hope it can provide for the future.

So to that game first, if you’ll allow a little indulgence.

It was a crucial promotion clash from the Second Division that season, with my hometown club Rochdale hosting a Halifax side that had been in a Challenge Cup final less than two years previously.

As if that wasn’t enough for an excitable 10-year-old, the game was being screened by Yorkshire TV programme Scrumdown, and was the main feature in their highlights package that week.

We lived in Lancashire, but the village of Littleborough was close enough to the border to get sufficient reception if we pointed the TV aerial in a certain direction, so we knew we’d be able to head home and watch the action again afterwards.

Just the Scrumdown music and sound of John Helm and David Watkins’ voices were enough to transport me straight back to 1990, and coverage that I’d watched many times over afterwards on VHS.

Then shots of the Spotland ground – all four sides densely populated in a crowd of 5,923, which was swelled significantly by a big travelling support from over the Pennines – raised the hairs on the back of the neck.

At that stage of my life I thought this was what following Rochdale Hornets would be all about, and watching that back again recently stirred those emotions again.

The match itself was a cracker, well at least for those in red, white and blue that day.

Halifax had plenty of big names in their side – player-coach John Dorahy, fullback Colin Whitfield and loose forward Les Holliday among them.

Rochdale had their own stars, not least stand-off John Woods in his solitary season for the club, while the likes of Neil Cowie and Martin Hall would go on to greater things.

Fax had plenty of chances but were plagued by handling errors throughout, and a 23-12 home win was sealed when New Zealander Mark Nixon raced over in the close stages.

At the final hooter, supporters rushed onto the pitch, a remarkable number of them youngsters in replica shirts from both clubs.

After-match interviews were staged inside the changing rooms with team-mates shouting taunts in the background, and music accompanied the replaying of crucial tries.

In short, everything about it was brilliant for somebody who remembers that match, and season so fondly.

There are examples of these for every supporter at every single club.

A match that takes you immediately back to a time of great enjoyment, passion and delight.

And during these times when action on the field still seems so far away, those moments offer cause for hope that at some point, in the hopefully not-too-distant-future, we will all be back watching the sport that has shaped our lives.

So if you don’t currently follow Rugby League Cares’ social media accounts, it is certainly worth looking into.

In recent weeks they have screened Cumbria v Australia (1990), Featherstone v St Helens (1989), Leeds v St Helens (1970 Floodlit Trophy final), Salford v Wigan from 1991 and a ‘Boots N All’ special from 1992 looking at the possibility of a new Super League.

And there will have been people watching each of those that were immediately taken back to happy memories of watching Rugby League.