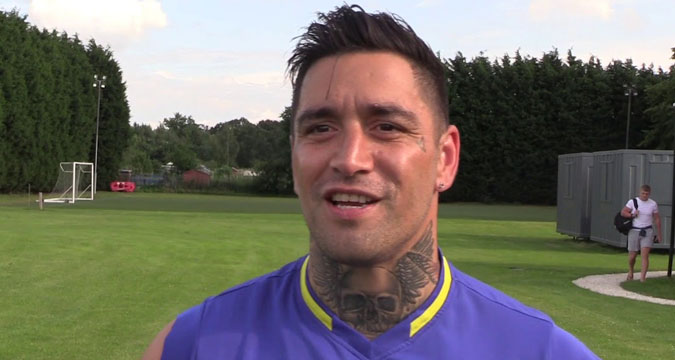 Rochdale Hornets are rueing their ill-luck after star signing Rangi Chase broke an arm on his debut.

New Zealander Chase, who won eight caps for England between 2011-13 and has also played for Wests Tigers, St George Illawarra Dragons, Salford, Leigh, Castleford, Widnes and Doncaster, was injured in the 38-28 home win over North Wales Crusaders, and has had surgery.

Rochdale, meanwhile, have signed much-travelled winger Shaun Robinson for the second time and taken teenage duo Will Tate, a utility back, and Tom Whur, a prop, on loan from Hull KR.

Robinson, 31, started out at Oldham before representing Oxford, Rochdale (in 2014), Swinton, Featherstone and Halifax.

He left the game earlier this year due to work commitments, but has been persuaded to return.

Rochdale coach Matt Calland said: “Shaun has been on my radar since leaving Halifax. I’m really pleased to finally get him.

“He is a class finisher and also carries well from the backfield. He is a local lad too, which is important. I’m sure it won’t be long before he’s a fans’ favourite.”

It was a seventh Keighley appearance for the 35-year-old ex-Hull KR halfback who joined ahead of this season after playing 209 times in eight seasons at Halifax.

Before that he represented home-city club Leeds once, London Broncos six times on loan, and Hull KR 177 times.