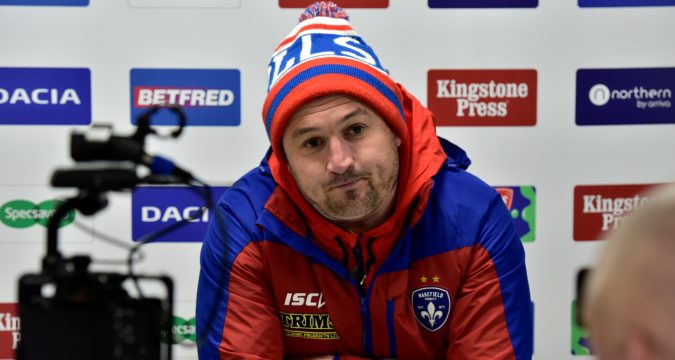 Defiant Wakefield coach Chris Chester is still looking up rather than down.

After a rock-solid start to their 2018 top-flight campaign, Trinity have suffered successive, morale-sapping defeats to West Yorkshire rivals Huddersfield Giants.

The 24-14 Challenge Cup sixth-round defeat at the John Smith’s Stadium on May 11 was followed by Sunday’s nerve-jangling 25-22 Super League Magic Weekend loss, and was in sharp contrast to their 54-18 home destruction of Hull KR on May 5.

But he knows his side needs to re-discover their top form as quickly as possible to make sure they don’t suffer a slide down the ladder.

“It’s not been a good couple of weeks for us,” Chester conceded.

“But we know we’re not that far away from getting back to our best. We’re all still confident about that.

“As a result, we’re continuing to look up rather than down.

“Losing the last couple of games is obviously a massive disappointment, especially as we’ve just missed the chance to close the gap on Leeds (in sixth).

“If we’d beaten Huddersfield we’d have been within one point of them, so that adds to the hurt and frustration we’re feeling after this loss.”