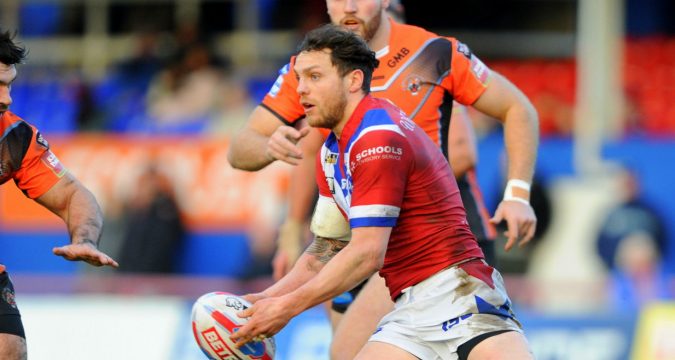 Wakefield Trinity coach Chris Chester has hit out at the club’s fans who criticised Scott Grix following their Super 8s loss to St Helens last week – saying he is disappointed to be associated with them.

Grix’s late error allowed St Helens to steal victory last week at Belle Vue, with Grix being the focal point of criticism from some Trinity fans after the game on social media.

But Chester has sprung to the defence of his fullback, saying that the “disgusting” abuse is completely out of order.

“He copped some ridiculous stick and what disappointed me more than anything was the stick that he’s received from his own fans from behind the keyboard,” said Chester ahead of the trip to Hull tonight.

“I’m very disappointed to be associated with those Wakefield fans. Some of it has been just disgusting which I wouldn’t expect from any fan, never mind our own.”

Furthermore, Chester insists that Grix’s performances this season since joining from Huddersfield deserve praise, not abuse.

He said: “He’s probably been our best player this year and he didn’t deserve the abuse and criticism that he got. First and foremost Grixy is a very good rugby league player and off the field he’s a very good person as well.”

And Chester has insisted that Grix will not be dropped this evening – he will play to prove last week was a one-off.

“That’s been put to bed now,” Chester said. “Grixy will play this week. He’s regularly been in the top two or three players every single week this year and he’ll want to make amends for last week.”