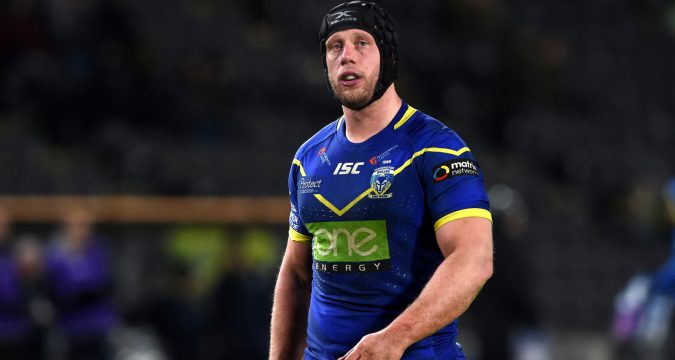 Warrington Wolves’ first hit-out since November ended in victory as Chris Hill celebrated his Testimonial at the Halliwell Jones Stadium live on OurLeague.

It was the first time in three-and-a-half years that the two sides met. Their next meeting is scheduled for Super League’s round two, which will be dedicated to Mose Masoe, with a 2:45pm kick-off time on Good Friday (April 2nd).

Warrington started off strong with three tries in the opening quarter-hour, each provided by Toby King, Josh Charnley and Tom Lineham respectively.

Alex Gerrard clawed one back for the visitors despite efforts from four surrounding defenders, but Warrington ended the half with another duo of tries.

First, Lineham captured his second by fending off two cover defenders out-wide, and testimonial man Chris Hill added his name to his own scoresheet with a powerful charge under the sticks to put Warrington in control 26-6 at the break.

It took just three minutes for the second-half deadlock to break as Josh Thewlis capitalised on a Leigh error, but the visitors answered through Ryan Brierley, who received the ball from Iain Thornley and accelerated to score beneath the posts.

Lineham completed his hat-trick with a floor pick-up and reach for the line, thus securing a 34-12 victory for his side.

A full match report from this fixture, along with the NRL and opening round Challenge Cup games, will be available in Monday’s League Express.