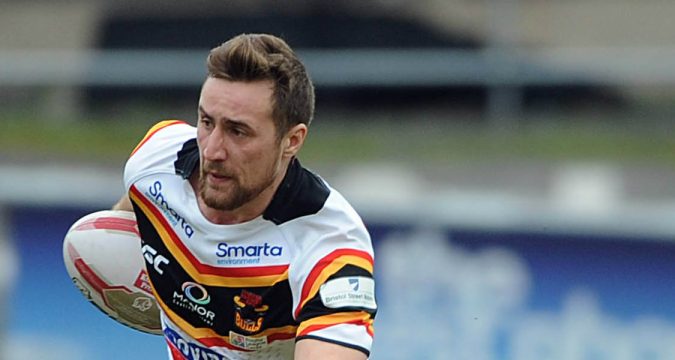 Castleford Tigers have confirmed that their former winger James Clare has returned to the club on a one-year deal.

The Tigers have an option to extend Clare’s deal by a further year.

The 26-year old left the club in order to gain consistent game time midway through the 2015 season and, after spending 2016 with Bradford Bulls and 2017 with Leigh Centurions, Clare will now move back to where it all began.

He came through the youth system at Castleford after playing amateur rugby for Castleford Lock Lane. He made his debut in 2012 and went on to make 38 appearances for the Tigers, scoring 24 tries before leaving.

In 2016, he enjoyed a successful season in the Championship with Bradford, scoring 18 times during 23 games for the Bulls.

Following Bradford’s financial issues, Clare moved to Leigh Centurions for the 2017 season but suffered a horrific ACL injury during a pre-season game against Dewsbury and missed most of the season. The winger returned during the Super 8s and six tries in just five games.

Clare is delighted to be re-joining his hometown club.

“I’m very excited to be coming back to the Tigers,” he said.

Cas is the club that I’ve supported for my entire life so to be back here and to have another chance to pull on this famous shirt is great.

“I’d almost agreed something with another club but I met with Steve Gill and he let me know there could be an opportunity here. I pushed for the move as much as I could because I knew I always wanted to come back here.”

Tigers head coach Daryl Powell is delighted to welcome Clare back to the club: “James has strengthened and got bigger physically as a player during his time away from the club and I think he will really challenge the players on the wings to be right on top of their games, and I am looking forward to seeing how he goes. He has got a great opportunity now to show us what he is all about.”

The Tigers now are back to business in pre-season training as preparations for the 2018 Super League season begin.

Check out Callum Walker’s book about the Tigers’ 2017 season. Cas Tigers: the Breakthrough Year is available from the Totalrl.com website and can be acquired after clicking the emboldened name of the book.