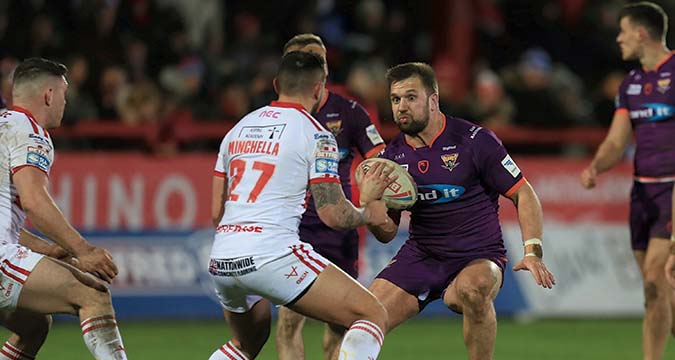 The prop has left the club by mutual consent, with his contract having been set to expire at the end of the season.

Clough, a well-respected figure across Super League, has been recovering from an ankle injury.

However, with the Giants not set to offer him a new deal beyond 2020, he and the club have agreed to go their separate ways.

Clough is now expected to head to the Championship and is thought to be in discussions with Widnes about a move there next season.

Huddersfield’s Managing Director Richard Thewlis said: “Paul was not going to be offered a deal for 2021, so the decision was made to settle his contract early.

“The coaching staff were comfortable with the selection of middles, with Gavet, Matagi, English, Wilson, Ta’ai, Walne, Kirby and Lawrence, who are all available for selection as it stands, as well as our young

International Academy prop Robson Stevens should we need to draft him into action later in the year.

“We would like to thank Paul for his service to the club and wish him all the best for the future. He has been an excellent player and person for us and will in my view undoubtedly be a great pick-up for any club that is looking for an experienced forward in 2021.”

Clough made 79 appearances for the Giants and won their player of the year award in 2018.

The 32-year-old has made 221 Super League appearances throughout his career, including twelve for the Vikings in 2014.