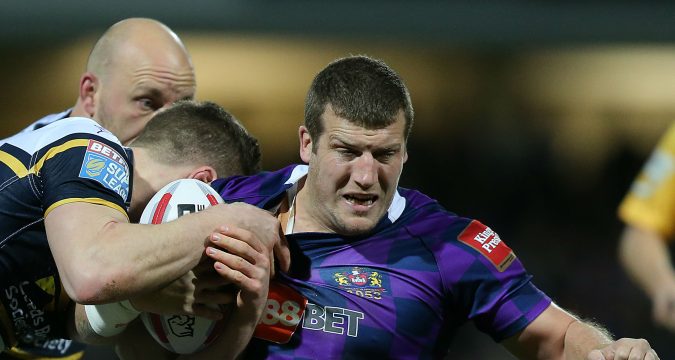 Wigan forward Tony Clubb believes people are foolish to write off the Warriors in 2018.

In what is a rare occurrence, the Warriors are not being tipped by many pundits for major success this season, despite the favourites tag normally being associated with them.

Clubb doesn’t think it will make any difference to the squad, although he admitted it has come as a surprise.

“I don’t know why people are writing us off, we’re the World Club Champions,” Clubb told League Express.

“We’ve let a few players go and only brought one or two in. People can write us off, but come game day we’ll see a difference.

Despite winning the World Club Challenge and reaching the Challenge Cup Final, 2017 was still regarded in some quarters as a failure for the club.

“We said we wanted to go in and win everything we could,” he said.

“We won the World Club Challenge and just pulled up short in the Challenge Cup.

“I think it was the end of the season that bothers people. We finished poorly and we’ve spoken about that. We had a completely honest review at the end of the season, we’ve come back a lot earlier than usual and training has been more intense than I can ever remember it being.

“We’ve worked harder and for longer. Waney is pushing us and we’ll see the benefits of that.”