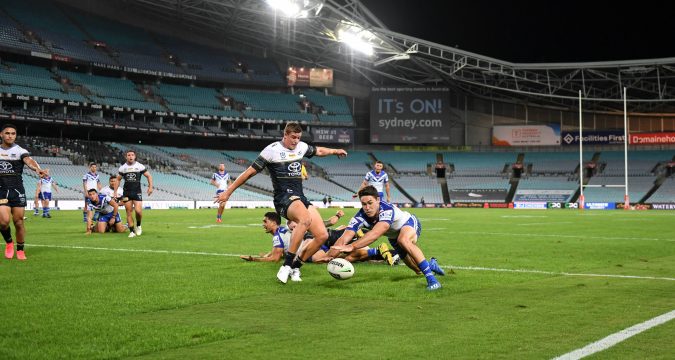 There is one big difference between the situation of Rugby League in this country and in Australia.

League Express reported in its paper, that came out on Monday, that SKY had weighed in with their distribution money at an opportune time giving clubs in this country a much needed boost.

Both our clubs and those in the NRL are reliant on the distribution money coming from media outlets but that money, according to media outlets, is not forthcoming down under.

The NRL’s competition has been suspended since round two after the competition attempted to continue behind closed doors.

But government restrictions forced the competition’s hand and they were forced to suspend the games. But that hasn’t stopped the NRL’s bosses coming up with new and extravagant ways of getting the competition back up and running as soon as possible.

If the media is to believed in Australia, the competition could be back on as early as late May. All that remains is for the Australian Rugby League Commission to give the go ahead and the competition to be granted an exemption from the restrictions imposed by government.

The proposal is to create four “bubble” communities of NRL players all within close proximity of each other in Queensland. Quarantine stations would be within accommodation facilities and they’d be used to isolate players who show any kind of symptom.

It is clear that the NRL are desperate to get their competition back underway but I wonder whether their desperation to do so, regaining them their distribution money from the broadcasters, is putting the players at an unnecessary risk.

In Australia, they haven’t seen as wider spread of the virus as we have in this country but no country on this Earth is immune to its eventual grip. Particularly in this country, we’ve seen what this virus can do. This isn’t like the flu. It’s exponentially more contagious and far more dangerous to our health. Our Prime Minister has been admitted to hospital while some of us have lost either family or friends to Covid-19. The last thing we want is for our sport to use its players as guinea pigs for our entertainment.

Yes we love Rugby League and yes we want to see it back on our screens. We want to be able to go and watch our favourite teams but only when it is absolutely safe to do so.

For now, we all, not just as a community or even as a nation but as a united international movement, need to stay safe, stay at home and support our key workers.

Queen Elizabeth II, the Head of State of both the UK and Australia, spoke to us all on Sunday night here in the UK. She said we’d beat this virus through unity and that we’d all meet again.

Let’s make sure we’re all here to welcome Rugby League back into our lives when it’s safe to do so and not before.