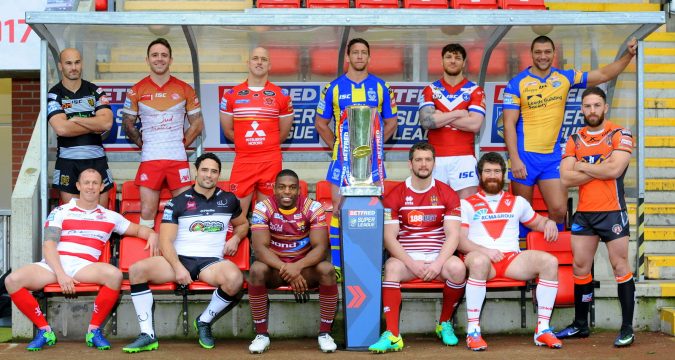 Rugby league, as a sport, seems to like changing.

Beyond that, it’s also been deemed necessary to consider moving Magic Weekend away from Newcastle, despite strong opposition from supporters, and beyond that, the Challenge Cup Final away from Wembley Stadium, the home of the Cup showpiece for almost 90 years. This revelation again came after little to no calls for the final to be moved.

But now we’re back to the holy grail – the structure of the league system.

It would take far more than this column to go through the constant meddling that has taken place with the leagues since the start of the Super League era alone.

But perhaps the latest suggestions mooted are the strangest of all.

The talk coming out of the recent Super League meeting is that the league will be expanded, potentially back to 14 teams.

Just three years ago, club decision-makers, many of whom were a part of the meeting that took place earlier this month, decided that Super League should be cut to 12 teams as the previous system had diluted the quality of the competition.

Roll the clock forward, we now have Castleford top of the league and playing some of the most attractive rugby we’ve seen in years. They’re joined in the top five by Salford and Wakefield, traditional wooden spoon contenders in years gone by.

Don’t forget this year we also saw a Super League side win the World Club Challenge for the first time since 2012, while Warrington also dispatched of Brisbane.

In that sense, the Super 8s has delivered what it was intended to do, make Super League more compelling and more unpredictable. The World Club Series success also suggests the quality has improved as well.

So to scrap the current regime would be bold at best, unfathomable at worst.

This isn’t to say the Super 8s structure is perfect, far from it, but it’s seemingly been agreed by a fair majority that scrapping the system for something that has already been dumped before, because it wasn’t satisfactory, is the way forward.

They say don’t fix what isn’t broke, but the conundrum, in this case, is that cracks continue to appear despite plenty of changes, so is it time we try to let one structure fix a breaking sport?

Clearly, there are issues with the Super 8s structure and they need to be addressed, but another complete overhaul isn’t the solution if history is anything to go by.