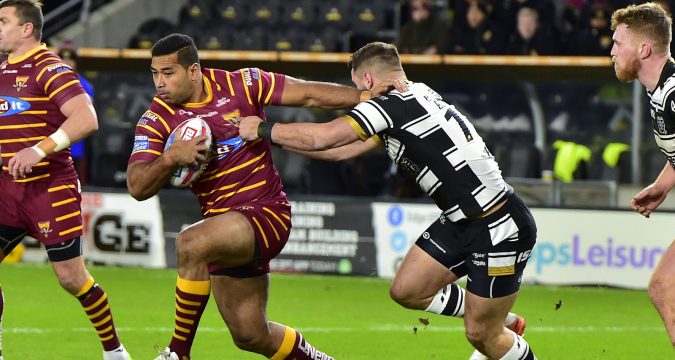 Huddersfield Giants finalised one of the best pieces of recruitment they’ll do ahead of 2019 this week as they tied up Sebastine Ikahihifo to a three-year deal.

It was fantastic news for the Giants on several fronts. Most pressingly, the new deal ensures their standout star from 2017 will remain in claret and gold for the foreseeable future, a huge boost for the club given that big-spending Warrington were linked with a move for the big New Zealander during the off-season.

But more encouraging for the Giants is that it shows a change in tack as the club looks to rediscover the heights of five years ago when they won the League Leaders’ Shield.

2016 was a disastrous year for Huddersfield. After several years competing at the top of the division, the Giants found themselves at the bottom and in real danger of suffering relegation.

Rick Stone came in and managed to steer the Giants clear of the Championship, but the after-effects of that turbulent campaign have been hanging over the club’s recruitment ever since.

Much of the club’s business last year was done last minute. The Giants had signed a number of players during the season as they looked to shrug off relegation, and as a result, they were left with players on multi-year deals and were spending up to cap.

The only way to get players into the club was by losing others, but it was a process that took time and the Giants were forced to pick up scraps at the end of the process.

In the end, the Giants resorted to signing up some of Bradford’s stars following their liquidation and eventually sorted deals for Shannon Wakeman and Jake Mamo.

Thankfully for the Giants, the majority of their recruitment worked, and a top eight finish has really helped the club plan for the future, rather than another year of uncertainty.

The evidence is already there for people to see, with Oliver Roberts and Ikahihfo both being tied down to new deals. But not only was that important from an on-field performance perspective, it was a necessary move as the club prepares to structure its wage bill for the long-term.

Huddersfield kept their recruitment to a minimum this year, and it was for a reason.

Since Stone arrived at the club, he has worked with a very restrictive playing budget given most of the salary cap is already tied down in deals.

But that’s about to change.

A number of players are off-contract this year and as 2019 approaches, Stone will finally have the opportunity to sign high-end players he wants to build his squad around.

Senior players such as Mamo, Danny Brough, Ryan Hinchcliffe and Aaron Murphy are all off-contract at the end of the year, who between them take up a decent percentage of the Giants’ salary cap.

While Stone may be keen to keep the quartet and the others whose contracts expire at the end of the year, the Giants head coach finally has plenty of options at his disposal when it comes to the salary cap.

Roberts and Ikahihifo were always going to be part of Stone’s long-term vision at the John Smith’s Stadium and as such, the club has moved quickly to retain them.

But for the others, they may prove to be replaceable components, whether that be by choice or necessity.

Brough turned 35 this year, Hinchcliffe will be 34 by the end of the season and Aaron Murphy will be in his thirties by the time 2019 comes around. Meanwhile, Mamo cast doubt on his future earlier this year when he admitted he wasn’t sure whether he would stay in the UK beyond 2018.

Either way, the likelihood is that the quartet will either have to be replaced or be moved on by choice at some point in the not too distant future to make room for new additions.

As a result, the fact the club can build around Roberts and Ikahihifo’s salaries in the wage budget is hugely important for the Giants, whether that be for their discussions with their existing stars or potential new recruits.

The other point to note is that it’s hugely encouraging for the club that players who will attract interest elsewhere have decided to commit to the club before exploring other options.

It’s been well-documented that NRL sides had expressed interest in Roberts while it’s hard to imagine Ikahihifo would have been short of offers by the time he could speak to clubs in May. Nevertheless, both are staying with the club.

Interesting times await Huddersfield, but the future looks much brighter than it did just 18 months ago.