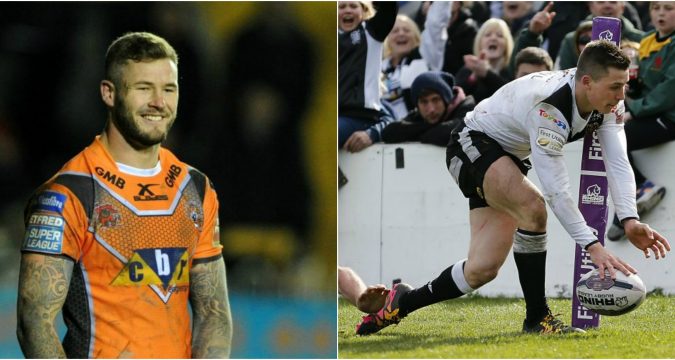 They don’t get much bigger than tonight’s huge top-of-the-table showdown between league leaders Castleford and second-placed Hull FC.

So in true TotalRL fashion, we thought we’d stir up some debate by asking of the 19-man squads named by both sides, which players from each team would make a combined XIII? Get ready to argue with us..

The first of many tough, tough decisions to make for this side. England international Zak Hardaker just gets the nod over Hull counterpart Jamie Shaul – although both have been in magnificent form of late. The big winger, who is heading back to the NRL next season, is vital in everything Hull do in terms of laying a platform for their forwards to perform. He’s in the team.

Tuimavave was in competition with Castleford counterpart Jake Webster for a spot in this side but it’s the Hull man who edges in ahead of Webster on this occasion. Both, however, have been superb this season.

The England international looks to be back to his very best following that horrendous long-term knee injury last season. He and wing partner Greg Eden have been as deadly a duo as they come.

Speaking of Eden, there was no way we could leave Super League’s top try-scorer out – although few wingers would push his place in the team as close as Fetuli Talanoa has done here.

Kelly has been a revelation in a Hull shirt this season since making the move across the city from Hull Kingston Rovers. If Hull do win on Friday, expect Kelly to have played a prominent role.

The battle between Gale and Marc Sneyd will run beyond tonight – and through to selection for the World Cup, you suspect. But it’s the two-time Albert Goldthorpe Medal winner who gets the nod here.

England international Taylor has proven himself to be a huge asset since returning to his hometown club. His form in 2017 has been no different. Hull are a much better side when he is on the field.

Along with fullback, this was perhaps the toughest decision of all to make – as we’ve left the reigning Man of Steel out! It was close though – but McShane’s form this year has earned him a first call-up to the England squad, after all.

The big Aussie has been a towering influence for Daryl Powell’s side throughout 2017 – whether it’s with his destructive carries or his impressive skill with ball in hand.

England international Mike McMeeken makes our side in the first of two back row positions – and given his form this season, it’s not hard to see why..

The veteran Hull forward makes it into the back row alongside McMeeken given his influence on Hull’s fortunes this season. He’s been great.

He’s not strictly a 13 – but we couldn’t leave the popular Castleford forward out. Sene-Lefao has been a revelation since arriving from the NRL – and his form will be vital to Castleford’s continuing title hopes through the summer.

Go on then, who’ve we missed out that we shouldn’t have done? Tweet us @LeagueExpress with your suggested combined XIII’s and see if you can do any better!